Deployment this year started with Daniel trying to find a haircut in a Denver suburb on a Sunday night, and the prospects weren’t great. The only place that was open was a men’s salon whose gimmick was hairstylists in lingerie (who were really, really interested in what you have to say. And sports). Daniel likened it to getting a burger at a strip club when all you were was hungry: a bit awkward. We flew to Christchurch without issues, other than Daniel’s flight from Denver to LAX being significantly delayed because the flight crew had to wait for the plane’s manual to be faxed to them (really). The pilot was so angry that he treated all the passengers to unlimited drinks on the short flight, courtesy of the airline, and instructed them to drink like it was Mardi Gras.

Two days later, thanks to the international date line, we arrived in Christchurch and unloaded our bags in the hotel room. Instead of succumbing to the jet lag, we walked in to the city center to check out the outside of the fenced earthquake zone. Since the February earthquake, some of the rubble had been cleared and crews in safety vests roamed the perimeter, but for the most part the city is frozen in time shortly after the quake. From what the kiwis we spoke with told us, it sounds like efforts are moving slowly and hitting red tape and bureaucratic roadblocks.

People who have been deploying with the Antarctic program for many years were affected more than the rest of us; we were staying in hotels 45 minutes out of the city center, and none of the bars, shops or landmarks that were part of their second-home city existed anymore. The streets leading up to the dead ends of fence were deserted. Creepy and quiet, without cars or people or machines or music or any kind of life other than bird noises that seemed disjointed and out of place.

It was really, really sad.

In a few places, parts of buildings had been salvaged. I asked a shuttle driver about it, and he said that a lot of the church steeples and bell towers had been removed and set aside after the first earthquake, presumably to be put on again. And then the rest of the building came down in the February quake and all that was left was the steeple.

I think the picture below is the front face of what used to be the cathedral, but it was really hard to tell and pretty far off. 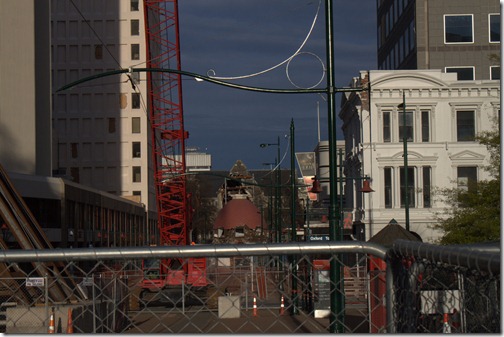 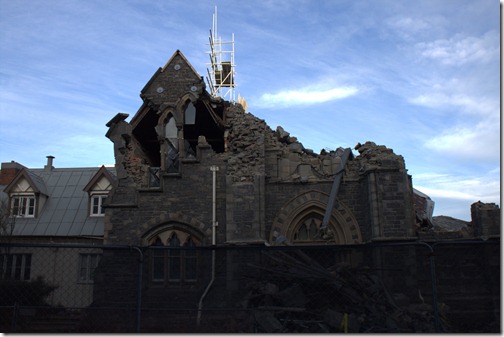 In some places things were just slightly askew. 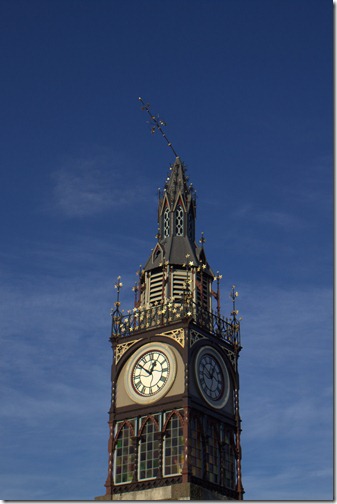 And in other places, massively destroyed.

We have been in McMurdo now for over a week. Daniel’s flight, supposed to be the first passenger flight in after the winter, keeps getting delayed. Every morning, the pax wake up, strip their beds, pack their bags and get ready to go, and every morning the flight gets cancelled. People are getting frustrated and missing things about Pole that are different here. More on that later.

I ‘m hoping to get a post up about life in MacTown pretty soon. The scenery here is fantastic, and there is an underwater observation tube where you can listen to the ocean and watch for sea life. So stay tuned!