About half of the population of South Pole Station sleeps in tents. They are semi-cylindrical canvas and plywood structures called Jamesways that stand on platforms a bit off the ice and are heated with AN8 jet fuel. Summer camp is about 1/4 mile downwind from the Destination Zulu exit of the main elevated station. There are 13 or so Jamesways in summer camp that have approximately 10 rooms each, and the rooms are divided by plywood walls and/or curtains.

You can smell everyone, dirty and gassy and covered in cologne, and you can smell the history of the last 30 years of shower limitations permeating the canvas walls. Some people are lucky enough to have doors, but many people have only curtains, and you can hear every spoken word, bodily function, and footsteps of a person passing through to their room. You can hear tractors groaning up and beep beep beeping back down snow mountains outside, plowing all night long. You can hear the military planes landing on late missions, sounding like they’re so close that the wing might just clip your canvas wall and take out your pillow. Oh, and the bathrooms are a shared facility that requires going outside to get to, which can be very disconcerting if it’s 3am and the sun is shining like midday, so many people pee into water bottles or salsa jars they get from the galley. I say all of this in the fondest manner possible: I really do like living in summer camp. You can read more about the little details about living at South Pole and in Summer Camp here.

This year we are lucky–we have a double room with a door AND a latch that works, a full bed and a window. Last year when we lived in J8, we had two twin beds side by side, which was okay until you tried to roll over to snuggle and then, with a little swish, the two beds would slide apart and down you would fall into the crack. And once last year we came home to a half inch of snow on our bed(s). Not cozy. Daniel had a coworker in Jamesway 5 (J5) his first year that would get bonked on the head through his curtain every time somebody walked through with a duffel bag. Privacy is a luxury.

Over the winter season the Jamesways are closed (because who wants to sleep in a tent when the ambient temperature is -100F and the windchill is -150?) and the summer camp area drifts over with blowing ice crystals.

(Pictures by Daniel–click to enlarge) 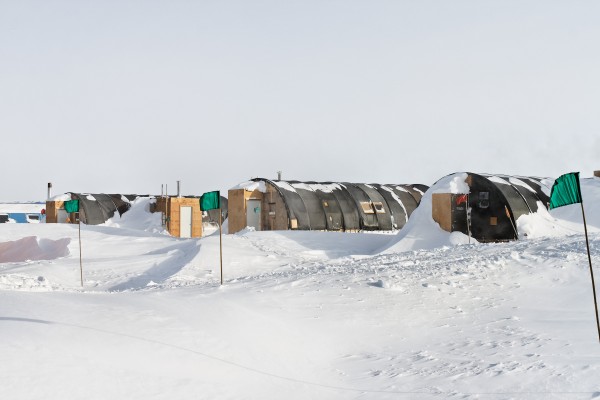 A typical room looks like this and is about this size: 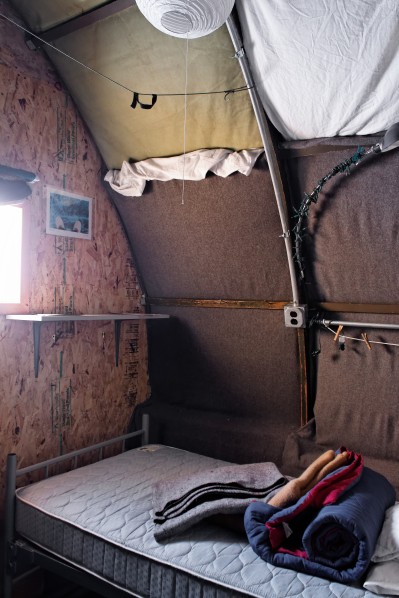 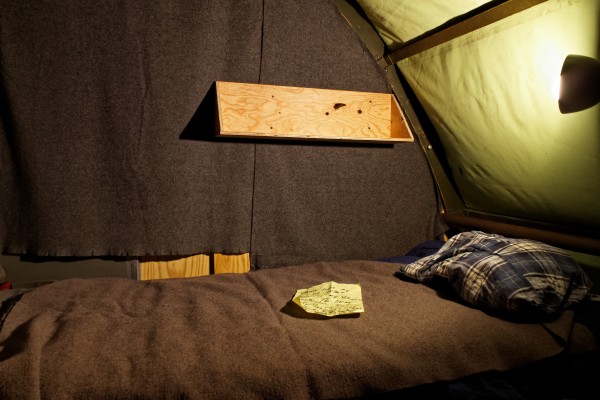 They’ve been a part of Pole housing for a long time–decades–and they have a lot of personality. Some of them have really bad personalities, but they are interesting nonetheless. 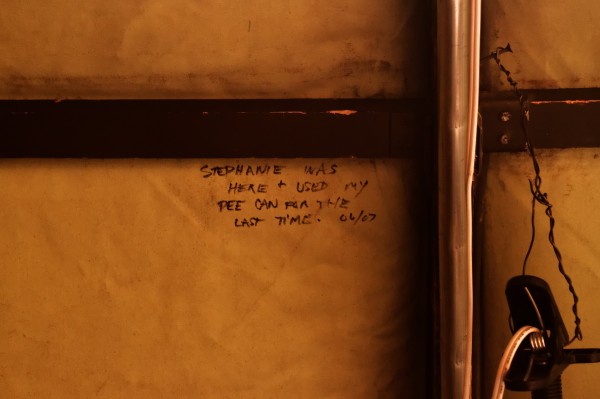 Some of the rooms are nicely personalized, and often people will request to come back to the same room year after year. 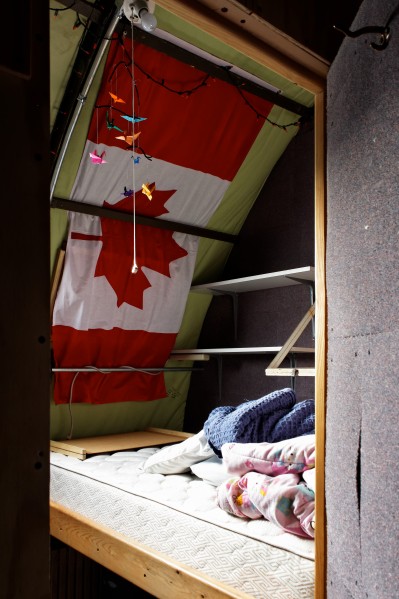 2 thoughts on “Summer Camp: You Sleep Where?”