Don’t worry, I’m not about to get all food-bloggy on you here (I’ll leave that to the pros) but I want to share what I had for brunch this weekend. My lovely roommate and I hosted for a party of eight, and the main dish was aebeskiver (Danish spherical pancakes: aebleskiver is Danish for “super delicious decadent amazing fluffy snack breakfast” or something like that). 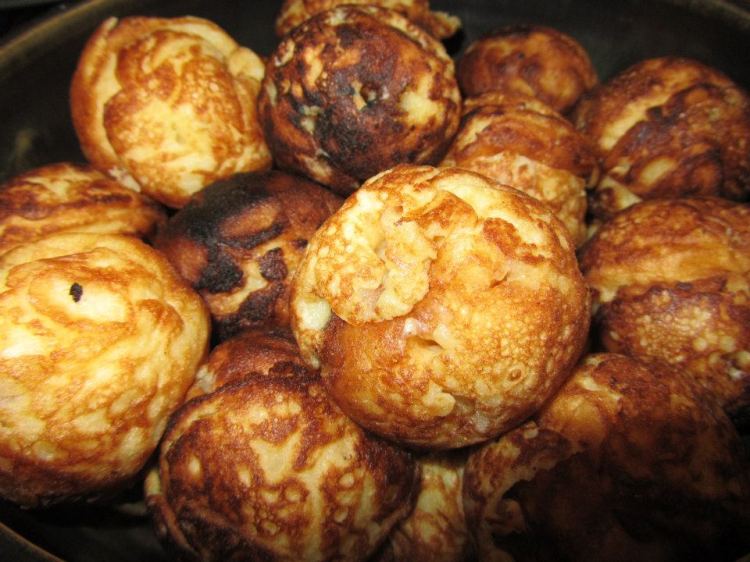 You make them in a special cast iron pan that has seven hemispherical dents in it. The way they’re formed is by putting the batter in one of the dents, letting it fry up, and turning it before it cooks all the way through.  The older and more seasoned your pan is, the better they turn–I’ve had my pan for 5+ years and it is just starting to get fully seasoned. You can put things inside of them when you turn them, like apples or chocolate chips, but I normally don’t. I think they’re delicious plain. We topped them with brown sugar and butter, Nutella, homemade jam, and powdered sugar.

We also made a winter pear salad (smittenkitchen.com, speaking of the pros) with figs, turkish apricots, bosc pears, apples and an anise vanilla bean sauce, and had organic coop breakfast sausages, mimosas, lots of coffee, and board games. We didn’t eat the board games though, we just played them.

Yum!
One thing I’m really grateful for right now is this opportunity to develop the relationships I have here in the Twin Cities–I get to spend a lot more time with people who I was only previously seeing between deployments…just getting the time to devote to regular dinners, brunches, fancy birthday cocktails at restaurants I’ve never been to,  and walks around the lakes in November. Life isn’t so bad, hey?